Virtual reality (VR) is changing the lives of both patients and doctors. In the future, you might be able to watch operation procedures as if you were the surgeon.

Virtual reality is being utilised to train future surgeons as well as to practise surgeries by actual surgeons. Companies like Osso VR and ImmersiveTouch have developed and delivered such software programmes, which are currently in use with promising results. According to a recent Harvard Business Review research, surgeons who received virtual reality training performed 230 percent better than those who received traditional training. In addition, the former were speedier and more precise when executing surgical procedures.

Patients benefit from the technology, which has been shown to be effective in pain control. Women are being given VR headsets that allow them to see soothing landscapes to help them cope with labour pain. When patients with gastrointestinal, cardiac, neurological, and post-surgical pain used virtual reality to distract them from uncomfortable stimuli, their pain levels decreased. Patients undergoing surgery reported reduced discomfort and anxiety, as well as a better overall hospital experience, according to a 2019 pilot research. 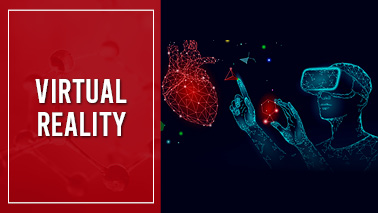